How can a sense of the sacred be articulated? How can the realities of the sacred be explained? There will remain an ineffability, for that is the essence of spiritual Mystery. Yet ineffability does not exclude attempts at articulation or explanation; it asserts the profound Mystery of those processes. 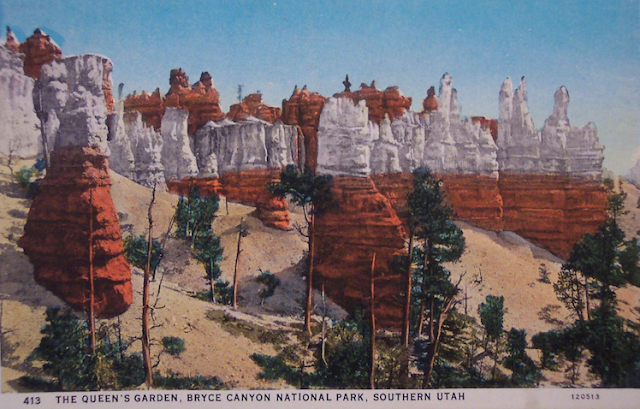 Vine Deloria, Jr. distinguished that "[w]e can analyze what constitutes sacredness, but we must also recognize that some of what we say can be understood only by experience" (1998, 251). Expressions of the experiences of the sacred are important to examine, but there will always be limitations in understanding.

The telling is often difficult. The sacred is too subtle, too hard to communicate in words. The meanings slip away from us, as difficult to hold as the experiences themselves. Experiences of the sacred are perhaps necessary for comprehending its meanings. Without experience and knowledge, the sacred may seem unreal. At minimum, some of us believe the sacred is real.
Any English dictionary will give us a list of words that delineate the sacred. They are often adjectives that denote—that is, set apart—as particular, special, and usually more valuable. Among them are awful, awesome, blessed, consecrated, fascinating, good, hallowed, heavenly, holy, honored, ineffable, inspiring, inviolable, liminal, magical, mysterious, mystical, noetic, numinous, perfect, powerful, pure, respected, revelatory, revered, sacrosanct, saintly, sanctified, spiritual, sublime, supernatural, transcendent, unusual, venerated, visionary, and wondrous. Describing the sacred may take turns into words that particularly emphasize its apartness: extraordinary, nonordinary, distinguished, otherworldly, taboo, and transcendent.

Despite the sacred's reputation for otherworldliness and despite our languages' innate involvement with the subjectivity of experiences, words that articulate the sacred point most often to a perceived objectivity, a reality of experience. This is especially apparent within Native American traditions, which are in touch with World as sacred reality and which relate personally to it.

It is not so apparent in mainstream European and American cultures. N. Scott Momaday asserted, "The Indian and the white man perceive the world in different ways." He attributed the gaps between the perceptions to variables in "genetic constitution" (1997, 50-51). Whether the differences are genetic or not, perceptual—and conceptual—gaps exist between a sense of place as subjective impression and Native American sacred Place as objective reality.

Keith Basso indicated, "sense of place is not possessed by everyone in similar manner or like configuration" (1996, 144). Even sense may be an inappropriate expression in articulating the sacred, because of its subjective distancing.

Sacred may have nuances in Native languages and cultures unlike those expressed in English. He noted:


matters are much more complex and . . . outsiders seldom do justice to the subtlety or sophistication of native systems of thought. Consider, for example, that the Western Apache language contains three distinct words for marking kinds of "sacredness," that at least three Apache terms could be translated (all of them imprecisely) as meaning "spiritual" or "holy," and that no Apache word comes even close to our own understanding of "nature." (156 n. 11)

There is substantial difficulty in articulating the nuances of Native American expressions of the sacred in English.

There is certainly evidence that the English word belief does not accurately or completely describe Native American relationships to the sacred. Deloria stated, "we find vaguely defined beliefs inside vast and very complex ceremonial practices" (Deloria and Stoffle 1998, Summary, ¶ 2). Belief is perhaps too determined a word in regard to Mystery. A lived, long-term reality of experiences may more accurately describe their engagement in these relationships. Deloria also stated, "Rather than an article of faith, it's part of their experience" (2000, ¶ 77).

Native American relationships with the sacred are conceived from, born from, perception and action, perceived and enacted in and through life, through lifeways, through ceremonies. Åke Hultkrantz remarked, "It has often been said that the North American Indians 'dance out' their religions" (1979, 135). But as Deloria has affirmed, sacredness is not determined by ritual, ceremony, or artifacts, but by relational dynamics: "Sacredness within the traditional Indian religions does not depend on a hierarchical arrangement of ceremonies or objects, but upon existing and possible future sets of relationships between living entities" (Deloria and Stoffle 1998, Sacred Objects, ¶ 4).

Based in the dynamic of relationships, in action and perception, sacredness can be considered a verb form. Dan Moonhawk Alford (Cherokee) demonstrated that the Cheyenne people language primarily verb phrases, so when they speak the sacred, "God couldn't be anything else BUT a verb, a process, a relationship, with no form and no gender but animate (an attitude), experienced in both the manifest/-ing realms, and named in a non-arbitrary manner" (1994, 4a).

Like relationships to family, perceptions and actions of Lands and Places are to be engaged with respect—the World is personal. This means vastly more than the sense of admiration for or subservience toward another human being; it encompasses a much broader range of relational and personal significance.

Respect is preeminently perception and action. The literal meaning of respect, to look again, denotes the action of perception of, the special regard for, and the relationship engaged with the World. The sacred for Native Americans is thus a lived perception, a lived knowledge about the World, and a lived relationship toward that Reality.

Often the essence of the sacred is expressed as Mystery that can be experienced but not entirely explored or explained, the traditions and individual visions respected as knowledge guiding through and in the Mystery. Mystery is at the core of Indian religious ethos, accompanied by recognition of the power of the sacred. In that ethos are also attitudes of respect and relationship to the sacred and the manifestations of the sacred in the World.

Respect may also connote aspects of fear and awe: "In our language the word for fear is respect, a very high respect for what is on the borderline" (Allan Wolf Leg [Blackfoot] quoted in Waugh and Prithipaul 1979, 20). The phrase in English, "healthy respect," may engage a very similar meaning. Respect appropriately engenders vigilance and care around matters of Mystery and power. For example, Leslie Marmon Silko (Laguna) spoke of a Place as follows: "The arroyo demands from us the caution and attention that constitute respect. It is this sort of respect the old believers have in mind when they tell us we must respect and love the earth" (1996, 40). Respect thus also means "caution" and "attention."

Even trying to define the sacred invokes "trouble." Greg Sarris (Miwok/Pomo) warned: "The sacred is not a thing, you're not going to define it. There's no language . . . And you shouldn't try, because you're going to get in trouble. Even if you have good intentions" (2005, 3-4).

Out of respect, experience may not or should not be forced into understanding or analytical forms. Wolf Leg explained, "I was once told by an elder that we are not made to understand. If the eagle and the gopher understood each other, the bear and the fish, man and the deer, everybody would starve, die off. But the key is respect" (quoted in Waugh and Prithipaul 1979, 12).

This is not lack of understanding as a failure to comprehend, but a choice, out of respect, to preserve Mystery. Mystery is thus embedded in respect; in the limitation of understanding is the appropriate approach to the World as Mystery. Deloria observed, "Sacredness, in its first and deepest encounter, requires that a boundary of respect be drawn around our experience and/or knowledge . . . Native people do not, and as a rule will not, speculate on the basic functions of ultimate reality" (Deloria and Stoffle 1998, The Mysterious Presence, ¶ 1).


in contrast to many organized religions in the world, Native American sacred ways limit the amount of explaining a person can do. In this way they guide a person's behavior toward the world and its natural laws. Many Native American sacred teachings suggest that if people try to explain everything or seek to leave nothing unexplored in the universe, they will bring disaster upon themselves, for then they are trying to be like gods, not humans. (1996, 4)

The sacred is also private and personal. Wolf Leg stated, "there are some things which are very sacred, or very personal, and you cannot give them away, or let anybody see them" (quoted in Waugh and Prithipaul 1979, 8). Some matters of the sacred must be protected by privacy and secrecy.

There thus cannot be an accurate theology of Native American religions. A Native theology may be impossible to articulate, although some authors have attempted it. Momaday summarized the Mystery of the sacred in the following way:


[T]he sacred finally transcends definition. The mind does not comprehend it; it is at last to be recognized and acknowledged in the heart and soul. Those who seek to study or understand the sacred in academic terms are misled. The sacred is not a discipline. It is a dimension beyond the ordinary and beyond the mechanics of analysis. For those who come to the sacred, to sacred ground, it is a kind of mystical experience, a deep and singular encounter. (1997, 114-115)

We may not wrap our words around the sacred Mystery of the World. But we may walk a middle/mystery path between dogma and vision. Even though the sacred may not be defined or fully comprehended, a sense of the nature of the sacred may be gathered from Native American peoples who have approached the sacred and attempted to articulate it over time.

Posted by Sacred America at 7:21 PM